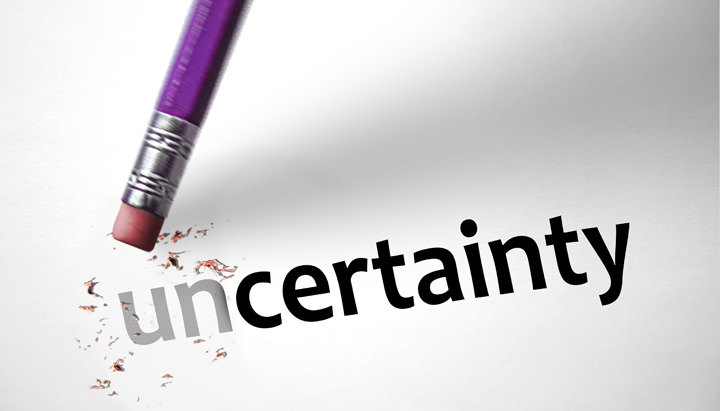 When the pandemic first hit, nobody knew what to expect, but I don’t think anyone could have predicted what actually occurred in the finance industry. Here’s a quick look back, a look at where we are, and thoughts on navigating ahead.

Early on, one would have expected loan and lease defaults to soar and lending to slow down. The exact opposite happened in the U.S. The government stepped up to supply money to those out of work and funded PPP loans for businesses. It allowed many people to not only survive, but flourish. Sadly, this was not the case for all, but it was for a large enough portion of the market that it enabled recoveries in the debt collection area to be higher than expected. Most businesses found ways to succeed and keep their employees on staff, most consumers paid their obligations, credit cards, and car loans, and a number of them received moratoriums on mortgages. In the early months of the pandemic, being in a quarantined environment prevented many people from excess spending, leaving available cash in their accounts. The excess funds were used to pay down debt obligations, held in cash or invested in the equities market.

As vaccinations made their way into the arms of Americans, it appeared pandemic issues were resolving themselves. Spring and early summer was a time of renewed confidence in the future. Infection rates decreased significantly, and more people booked vacations, bought new cars (if they could find them), went back to movies and restaurants and started living their normal lives again.

Now we are back to uncertainty. Near the end of July, I booked trips to several finance conferences planned in October, but since then realized I may have been premature. The Delta variant of COVID-19 is wreaking havoc in many cities and states. A sizable portion of the country is still not vaccinated and those who are can still be infected with the Delta variant. The good news for those who have the vaccine is that their symptoms are less likely to be catastrophic. The unvaccinated are more of a concern as they run a greater risk of hospitalization or death.

Economic concerns are also rising again. Hospitals have been hurt by the pandemic because they don’t make money from treating those with COVID. They make money from surgeries, which they can’t perform when they are overcome treating patients with the life-threatening disease. One would think that this is going to dramatically hurt the medical equipment industry and those that finance such equipment, but we don’t really know.

Can the government afford to provide the funds they did during earlier phases of COVID if we have to quarantine again? Did people and businesses learn enough in earlier phases that they will be better equipped to handle what’s to come? Will vaccinated people feel confident enough to still go to restaurants and will executives attend conferences again? When event groups started offering virtual programs, the lower costs enabled companies to send more employees to such networking and educational venues. So, there were some silver linings, and strong leaders look for these and capitalize on them.

Many businesses that had not returned to their physical offices yet were supposed to start again after Labor Day. Now, some businesses are delaying that decision as things play out once more. While still others discovered that operating from remote locations was actually productive and it forced positive technological advancements.

Where will all this take us, only the future will tell us. For now, we remain uncertain.

If your business is still standing, then you have figured out how to deal with adversity and uncertainty so far. Your company has probably been aggressive in making adjustments and searching for alternative streams of revenue.

Perhaps you are among the merchant cash advance companies and small business online lenders that stopped lending their own money earlier in the pandemic and solicited their clients for PPP loans. They made a quick pivot. This provided them revenue at no risk because they were lending someone else’s money while utilizing their technology and book of business as resources. Other lenders and lessors including banks and equipment finance companies found ways to restructure deals and defer payments so their customers could get back on track and stay afloat.

One also needs to be vigilant and agile as opportunities arise in these challenging times. Be ready to change, engage in entrepreneurial concepts and move forward down the proper path to keep your business afloat until better times prevail.

Remember, some degree of uncertainty is always a given. It’s how you lead through uncertain times that determines the future of your business.

Back to Blog Home